You Can Call Me Earth

I’m ~earthrulerr, you can call me earth. I first started programming at the age of 8, and no, it wasn’t Scratch, it was actually HTML! Of course I was not any good at it, I honestly sucked! I fell off for a few years until I got introduced to a block programming language similar to Scratch, called Snap! (By UC Berkeley). I used Snap! for maybe a year or two before I started to relearn HTML, from here came some little CSS (which fell off), and a year or so after this, C++ from an online class! Infact, during my 6 hour courses for C++ I would review and read the documentation of Shell, learning both at once! Months after learning C++ I took an online class for Tailwind CSS, I don’t know why but I hate JS and don’t like CSS. I forgot to mention I learned LOLCODE somewhere between HTML reunion and C++, which sparked my love of esoteric programming!

Recently, I have been creating interpreters and even a command line interpreter called NBAS! I have also created numerous esoteric programming languages and joke languages (see: User:Earthrulerr - Esolang), have made many programming friends along the way (from all over the world, China, Japan, United Kingdom, Netherlands, Ohio), and continue to grow each day.

Aside from all that stuff, what do I like to do?

(I know I don’t seem like someone who enjoys programming, athletic + history + programming?)

Of course I was not any good at it, I honestly sucked!

For HTML (no CSS, frameworks or anything) you are either bad or good and no in between. I know from experience.

For HTML (no CSS, frameworks or anything) you are either bad or good and no in between. I know from experience.

8 year old me was below trash at HTML.

American history from the revolution onwards. My strongest points or constitution (law and related), WW2 and the cold war

I don’t know much about the Cold War, but I do like the American Revolution! Interesting.

I like the Cold War in that I find it funny that a political debate between the USSR and the US is given the same title as WW2 or Vietnam. Also, welcome to the forums!

The Cold War is so weird! It’s not even a war, it’s a political era!

Yeah. A war oft involves blood and death, this was just some old guys arguing.

…and nearly ending the world with nuclear weapons…

No one was ever going to launch it, they would be an idiot to do so. It was an arms race on who could develop the most efficient and most amount of weapons, including nuclear.

I thought the Cuba thing was a mistake that ALMOST led to the real thing. 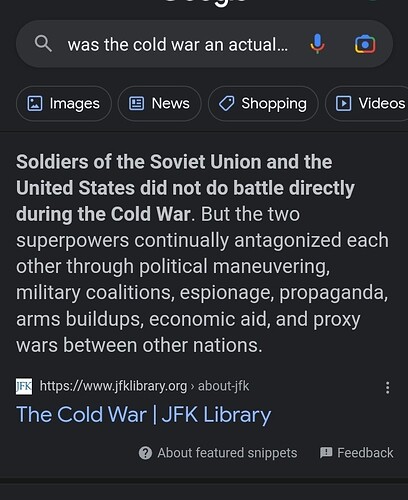 Love it when the programming forums turn into a history debate.

I know right, lmao. On the Cold War nonetheless.

I’ve set this off for so long, I plan to learn it this summer via the same service I used to learn C++.

Could you tell me what service you used? Thanks in advance.

Best forum ever. Goes from an introduction to a Cold War convo.

Looking for online coding camps or classes? Coder Kids has many options for all skill levels, as well as gaming and arts camps. Register today!

It’s great! I did 6 hour sessions over VC on Discord, through Replit for a week. This was for C++ at least, also availability of classes vary from time of year. I suggest checking when it’s summer time.
Requirements (at least for C++ course, that I know of):

This may work for you in other time zones, although.

Welcome, @EarthRulerr, and wow, the amount of detail and compassion you put into this introduction is incredible. Most people put a couple sentences and then they’re gone. However, you went all out and expressed yourself.

Thanks for this! I’ll look into it!

Thanks! I thought it would be a good idea.