I have been trying to run a sample bash script from the command line,
I was unable to run bash script using these:
bash .sh
./.sh and even,
.sh

and my bash script is at
/home/runner/Vmacs/pgms/scripting

its just a sample script file with echo $0 and #!/bin/bash to
get around with the replit environment and I was
unable to bash script from its shell.

BTW, Im new to college and been using replit for quick practice,
Thank you.

Hi @gnashv9 I think it might be easier if you use the Bash template instead of Debian. Try to create a new Repl, type bash in the template field and you’ll be good to go! 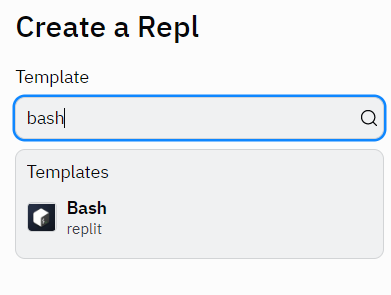 Take a look on this my project, you can use all possible linux on replit ( almost most root comands )
https://replit.com/@didisoftwares/ReplMulti-Root#main.sh