How do i add hCaptcha verification to my Flask website?

Could you please show me your current code?

I don’t have current code, I just want examples on how to implement hCaptcha inside of a Flask application 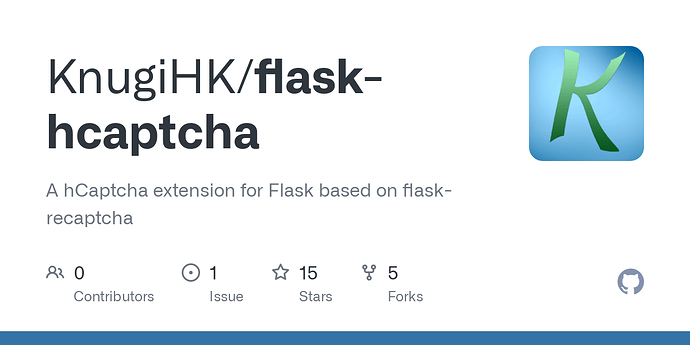 GitHub - KnugiHK/flask-hcaptcha: A hCaptcha extension for Flask based on...

From hcaptcha itself:
GitHub - KnugiHK/flask-hcaptcha: A hCaptcha extension for Flask based on flask-recaptcha

It looks kind of basic and i don’t think its from hCaptcha itself because the git repo isn’t in the hcaptcha account, also it looks like this library is forked from the flask-recaptcha repo which is prob the same but with Google ReCaptcha requests

This repo was not created or published by hcaptcha; it was a fork of the flask-recaptcha library that was modified to work with hcaptcha.

The library will function properly. All it does is add 3 - 4 lines of code to your flask-based site that implements hcaptcha.

Oh well sorry, actually I just went to their site and followed the links they offered, I didn’t really read the code; mb

But yes, library still works even though it looks basic.