Display an emoji normally on HTML webpage and have it visible in the ide.

Steps to reproduce:
Copy paste an emoji or using the windows 10 emoji picker (WIN+.) into HTML

Hey, @Colind8 welcome to the forums!

I am unable to repro this 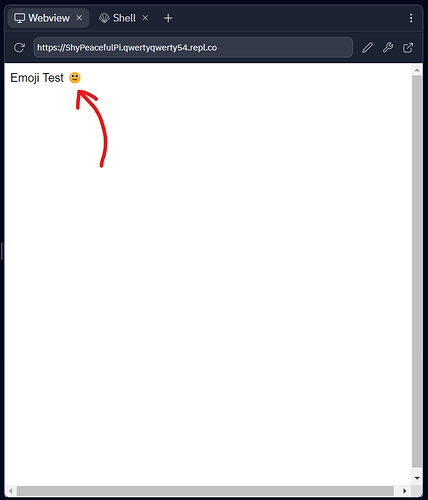 The way I’m trying to insert emojis is with the unicode emojis themselves. They do not paste as that a code and haven’t when it still worked.

Also where can I find those codes?

I just googled and went to w3schools.

Ok. I figured out the issue. It is not an issue caused by replit itself but instead was an extension called twemoji that was causing it to bug out. Excluding replit from its powers fixed the issue.

In hindsight I probably should’ve started with that…

You should still avoid writing emojis directly into the HTML since many browsers will not render them properly. You should always use escape codes like @not-ethan did.