Difference between the two Python 3.10 templates?

Is there any difference between these two 3.10 templates? One is by CodingCactus and the other by replit themselves. It seems very confusing to have both of them there - especially when I can see no explanation. Is the CodingCactus one an earlier unofficial one and then you at replit came up with your own one? 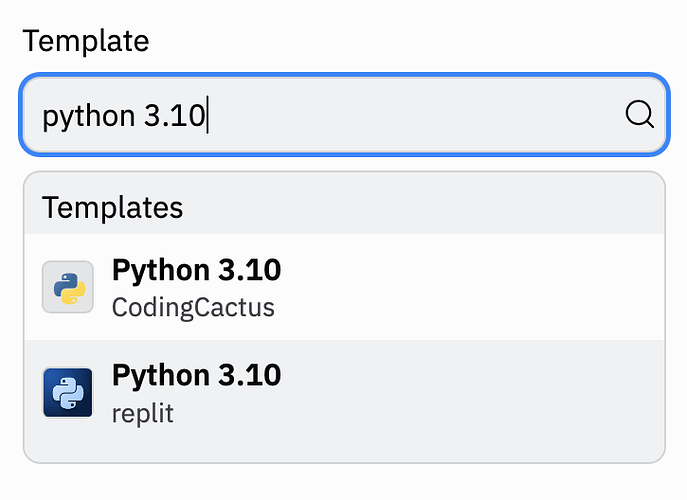 Most likely. If you want help choosing, go with the Replit one, as it has been reviewed and passed more by staff than community templates, and it is more likely to be updated.

the replit one is slightly better because it supports having the actual interpreter in console instead of just bash. Strangely they made the template themselves now instead of using the one which they rewarded me $100 for back in August, which has all the benefits of their template but imo is better because it has less initial storage used and prevents poetry from uninstalling itself

You’re absolutely right @MrLuther, the one I published has been there for a few months now. Seems like Replit has finally decided to put one up themselves.