Problem description: I cant find the console tool on replit .

when i hit the “+” sign to add another tool it should show me also the console tool option but it dosnt.

It should be also placed in the left corner of the screen but it isnt there.

Really dont know, becouse i needed the console tool now and it just dosnt show anywhere and i dont know how to make it appear.

ps. I need that specific “tool console” becouse i have to see the output of a sorting function whit console.log(…).

here some picture where you can see nothing show up

What happened to the console? Replit Help

I’m editing this code, but it doesn’t let me use the console. Wait, let me re-emphasize. It doesn’t even have a console ._. Does anyone else have this or is it just me? [Screenshot]

Welcome to the community! Please look for other similar (this post I linked is the same as your problem) answers before posting.

Even thought its the same thing a bug report may be warented since I think console is supposed to show up in the new tab view thing.

sorry, im not english so sometimes i dont understend

. What are you triying to say to me?

I was replying to @AMDryzen5600X. Basicly I was saying that even thought that topic is about your issue I think the bug report is ok since I think the console should show up in the new tab with the other oppption.

From the screenshot it looks like that’s the “HTML, CSS, JS” template. I don’t think that’s supposed to have a Console, since there’s already a console for JS in the Developer Tools in most web browsers.

HTML/CSS/JS repls are supposed to have a console. Thats how we debug the JS without needing to edit the webpage with the JS.

Not in any of my html, js, or css projects.

I can’t find that Console tab in the HTML/CSS/JS template either.

Was he using another programming language? The picture would be great. 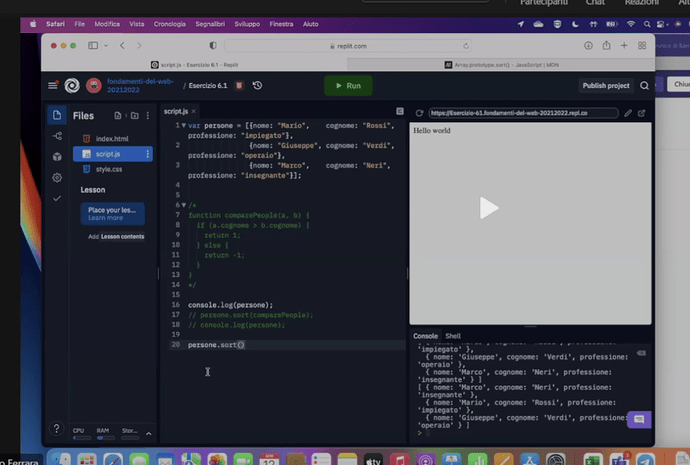 FOUND IT!
@GiuseppeMarti Just click on the wrench icon at the top-right corner and it will show a console. This was an update from a while ago, so the console that appears looks a bit different than the one from the screenshot.

@GiuseppeMarti
This is what I mean: 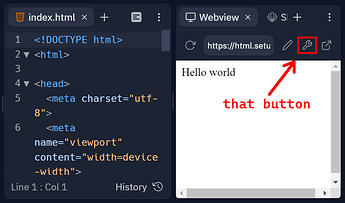 Although I found out that it doesn’t work on Chrome if third-party cookies are blocked. I found this stack trace:

Works just fine if third-party cookies are not blocked, but many of us like them blocked. Only happens in Chrome.

@not-ethan can this be considered a bug?

Not sure. Make the report and an engineer can answer.

That’s really strange, does it also happen in other of repl owned by you?

@hugoondev Is that question for me or for OP?

For the topic author

i dont own any repl, my professor created a team here and uploaded some exercises. what I can say is that in every exercise that he gave in the course i cant use the console tool and also if i create a new replit with css/html/js the option isnt there either.