I just started to work with repl.it on a Samsung S8 Ultra android tablet, with a german keyboard layout, and I am having the following problem:

It seems that / SHIFT ALT and \ ALT GR on a german keyboard layout both trigger the “new thread” command. Anybody here with a similar problem? 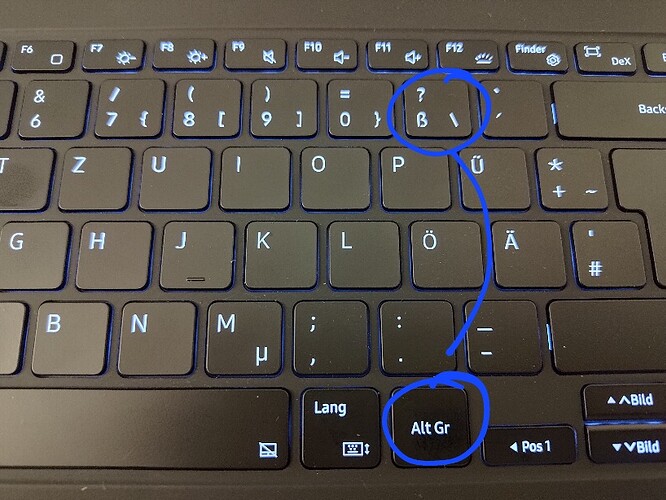 Here is a screenshot after hitting \ ALT GR several times:

The first hit opens the popup, after that the backslashes are filled in the “new thread”-popup.
But with this behaviour, I cant write \n or \t in python!

Can anyone confirm that both shortcuts, ALT / and ALT \ bring up the “new thread”-popup?